And still at it!

This is the most ambitious thing I've ever done in terms of accepting and taking on a gig.  I don't know for sure, but I've never seen one single sculptor take on a 30some set of miniatures for one single board game.  Maybe someone's done that many or more figures for one project, but for sure this is the first time pre-painted minis of this scale are being attempted.  It's exiting and nerve wracking.

How do you eat an elephant?  one bite at a time, right?  I'm eating the elephant of this whole cast of characters one bite at a time.  I'm still having a blast and I'm finally seeing the light at the end of the tunnel, only a few more left to start from base mesh, and after that it's a period of polishing, Capcom approvals, and final prep for print.

Rashid was a bit tricky, he has one of the more complex outfits, and for the longest time his pose was looking very boring.  I think it's working now, but once I added his wind tornado it became a surfer pose that began to click.  His airplane stage from SF 5 was really fun to incorporate into his base. 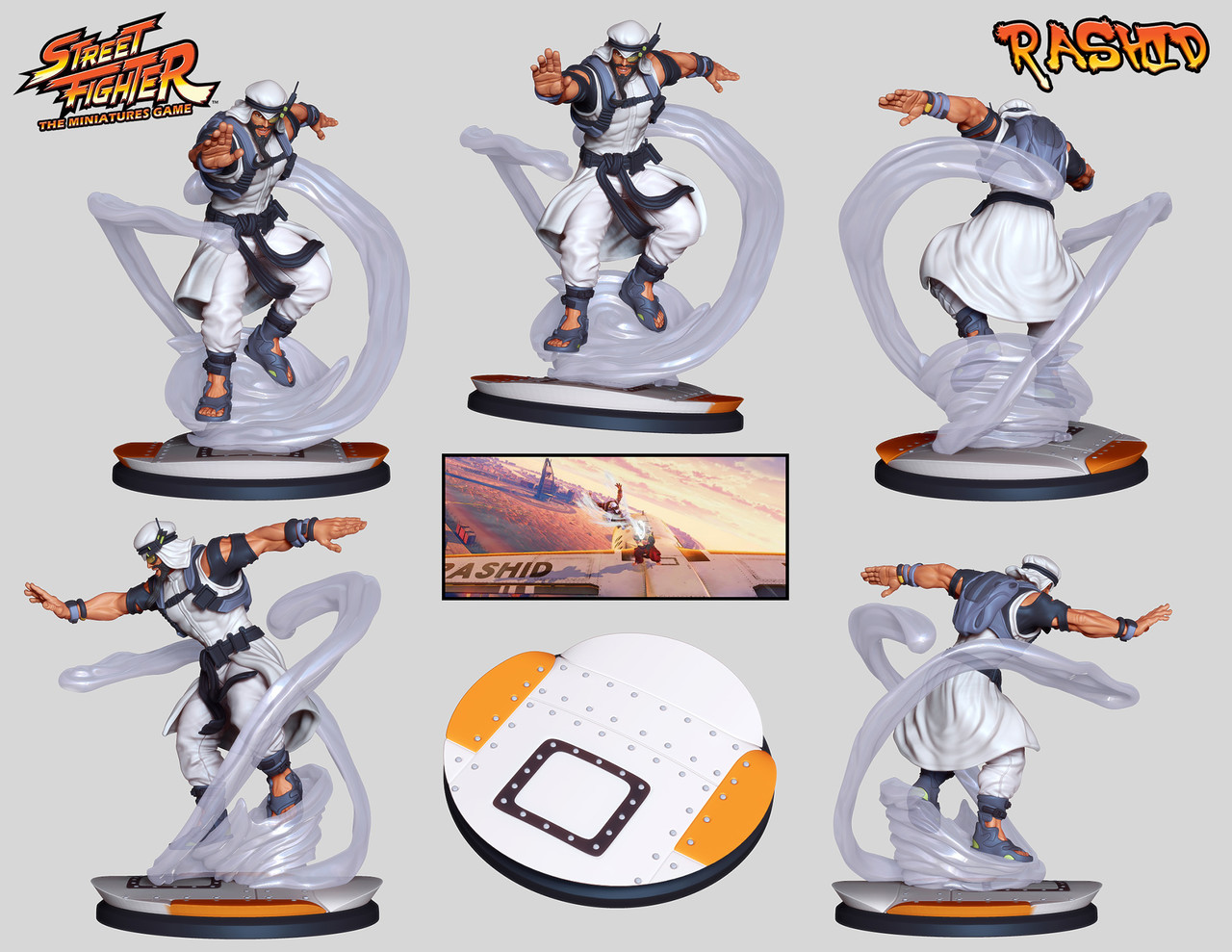 Makoto was nice and easy... I converted her base body starting from Sakura.  I repurposed Ken's Gi and added long sleeves to it, the rest was about getting the pose from one of her sprites and I took the idea of her wind effect from one of Rashid's attacks.  The zen garden for her base was also fairly easy to incorporate, pretty happy with her overall. 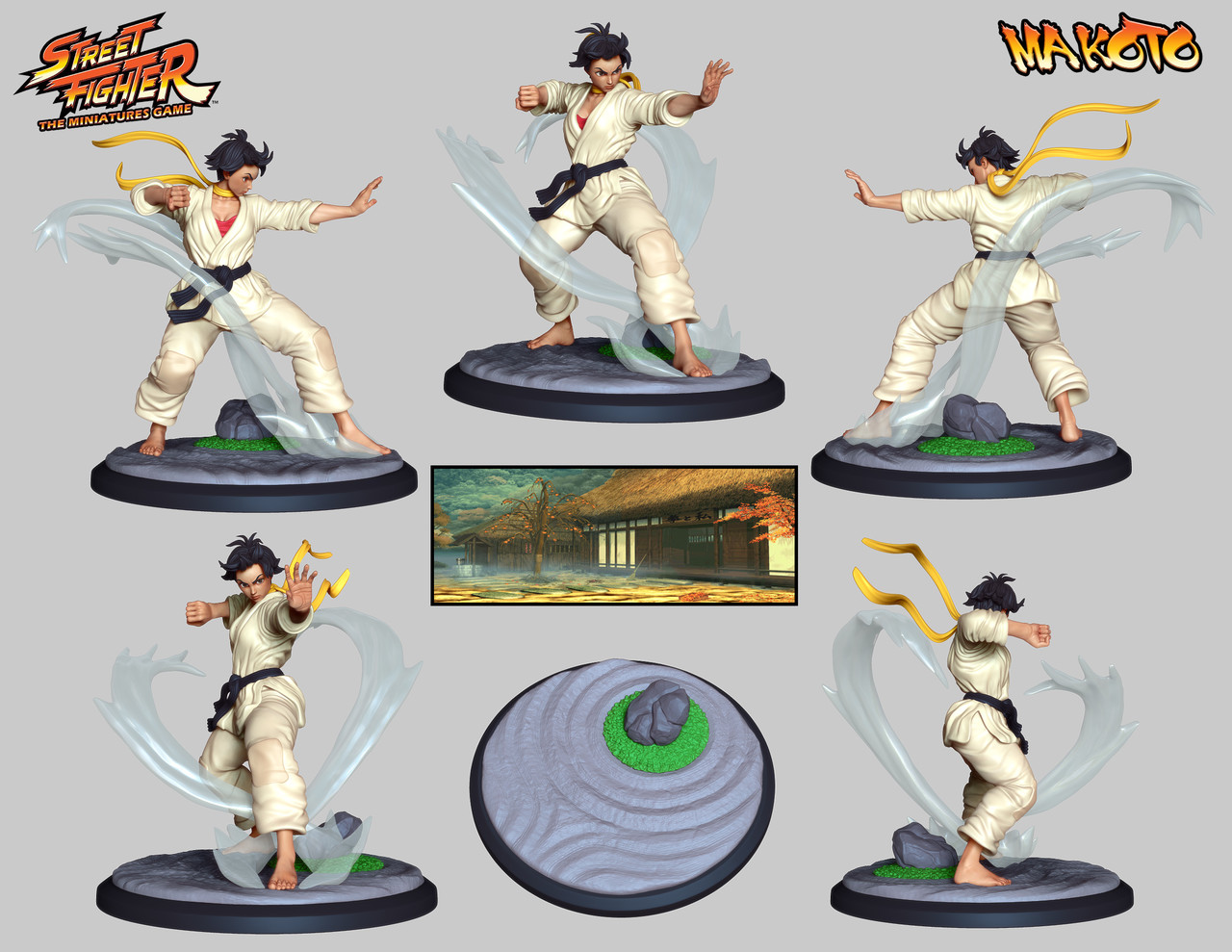 Karin was also relatively easy.  I took Sakura's base body for her too.  Adjusted some of her school uniform parts and I only needed to make a few new pieces.  The base was easy enough too and I incorporated what I think is her family crest to her base, Capcom will let us know if that's wrong I guess. 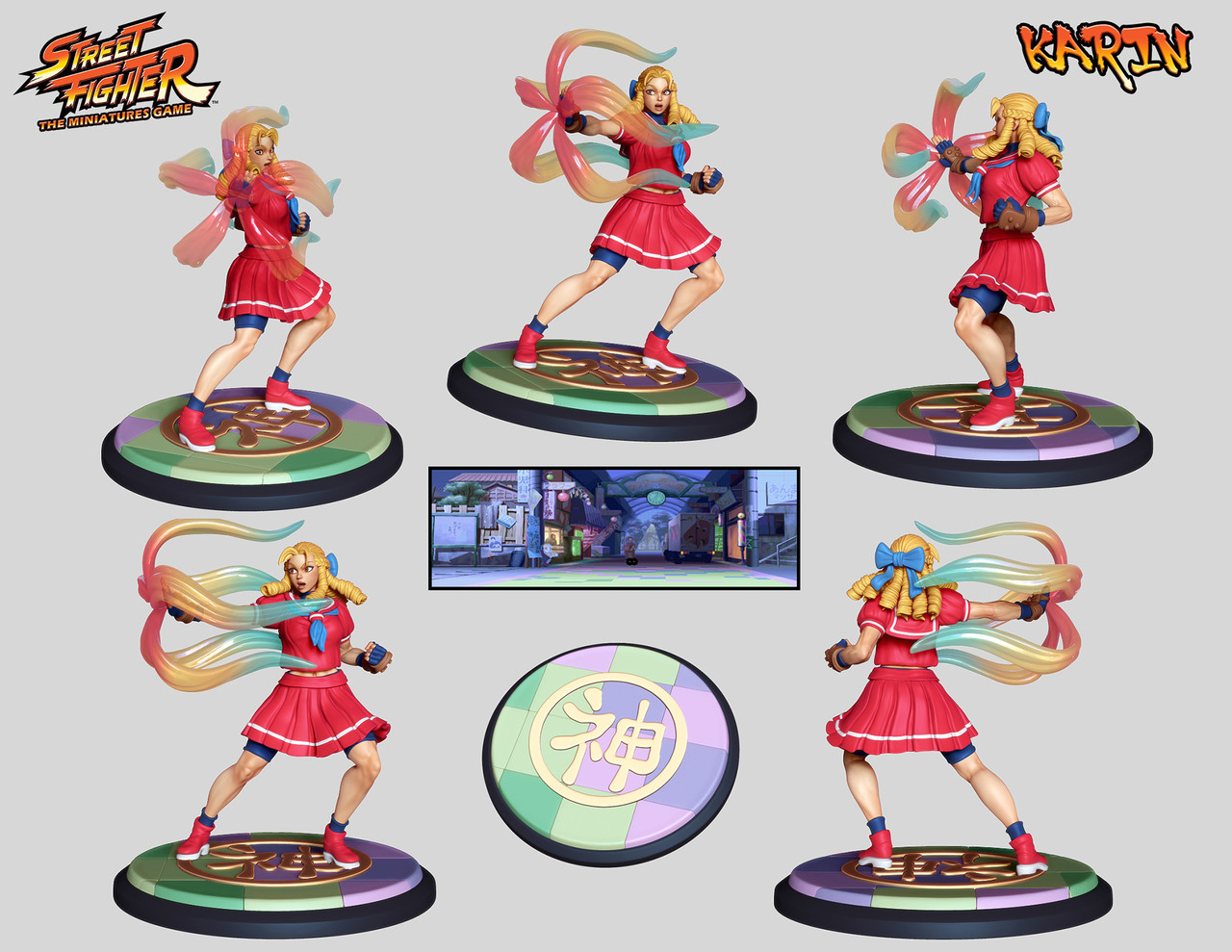 Necalli is one of my favs, one because he's Messican like me, but also because he's just cool looking and fun to play in the game.  I incorporated a variant of the Aztec sun to his base, partly based on his stone form from the game.  It's also a risk that Capcom might not like that for the base, but worth a shot. 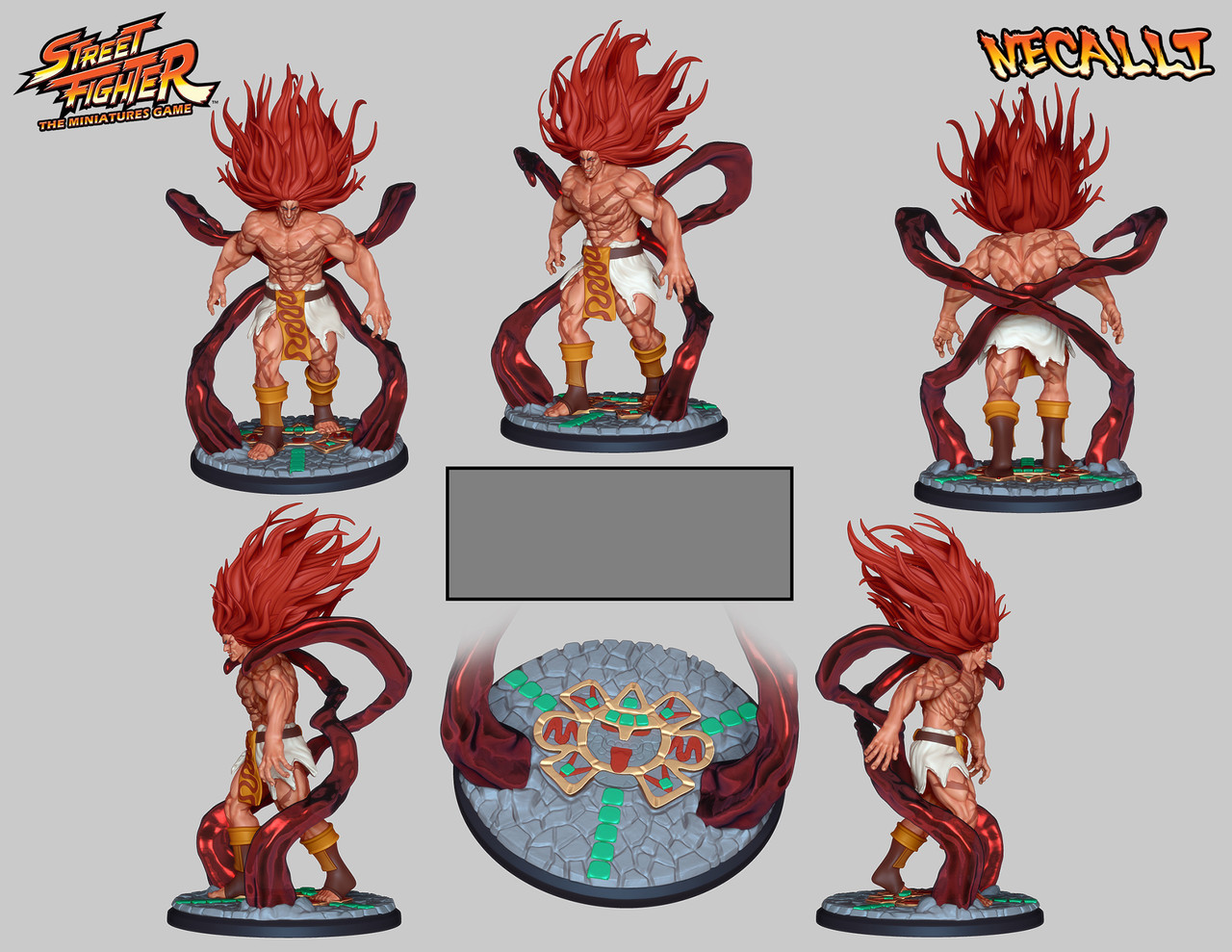 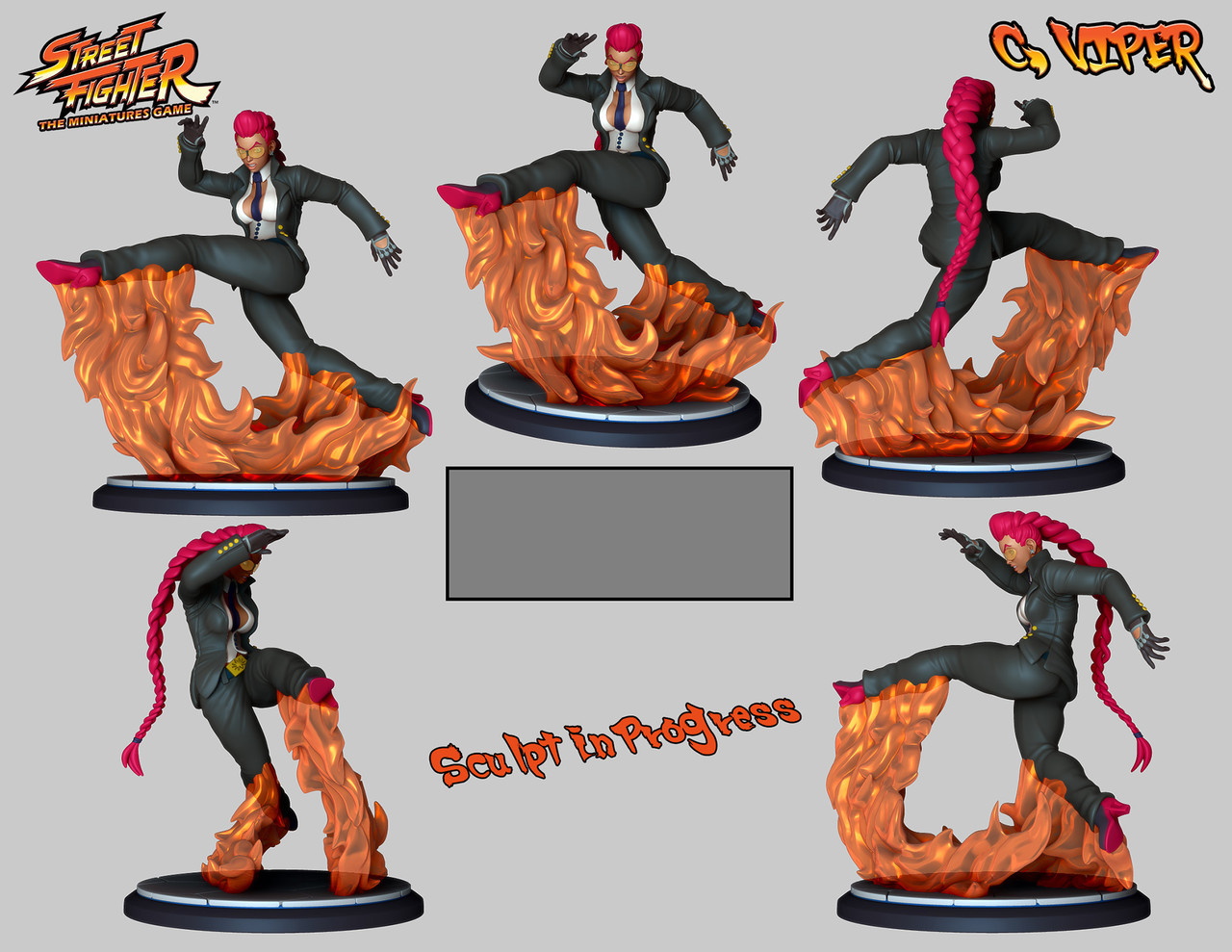 Ryu is coming along, but his pose also needs to look a bit more intense.  He'll crouch down a bit more and flex a bit harder. 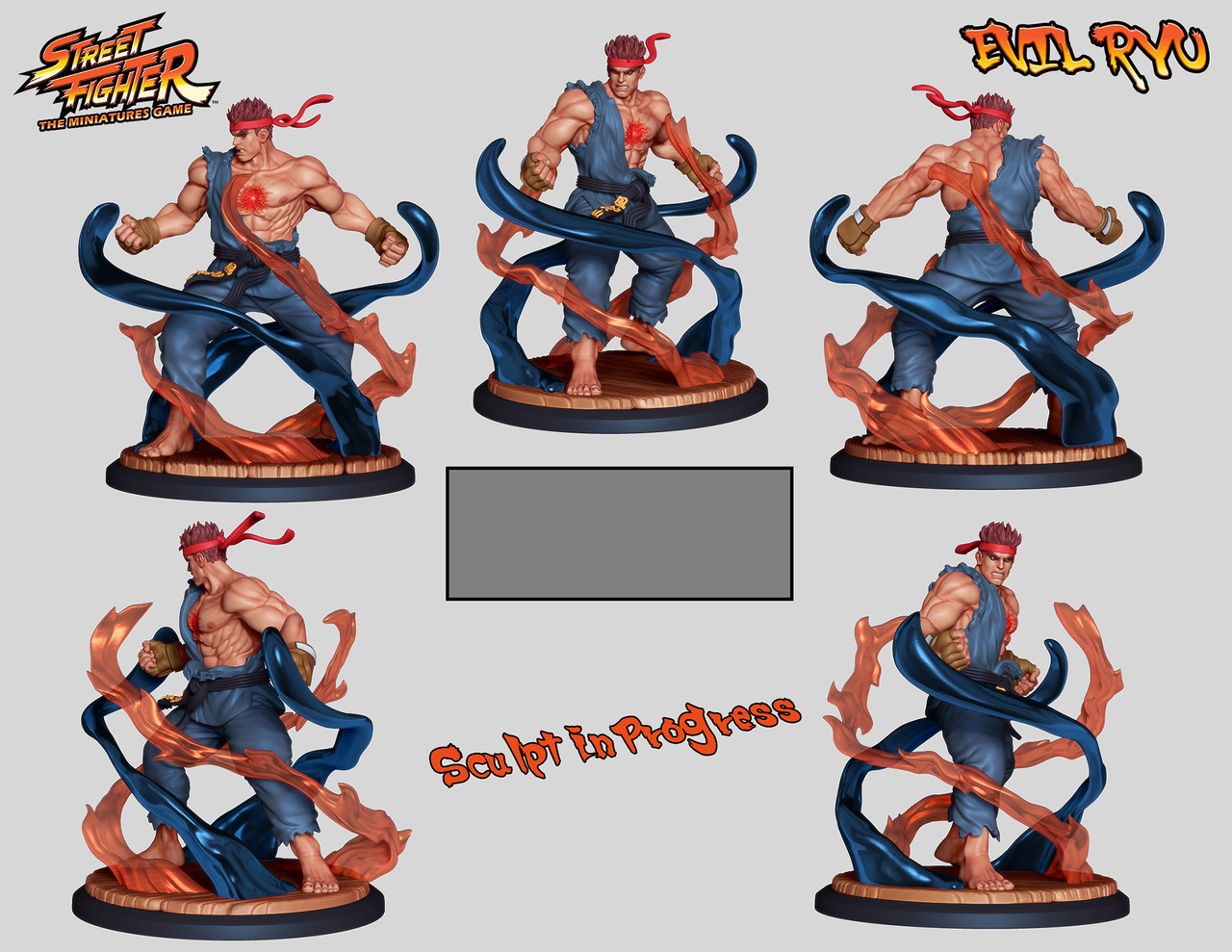 Violent Ken is coming along, hope they let us use that Shadaloo logo on his back. 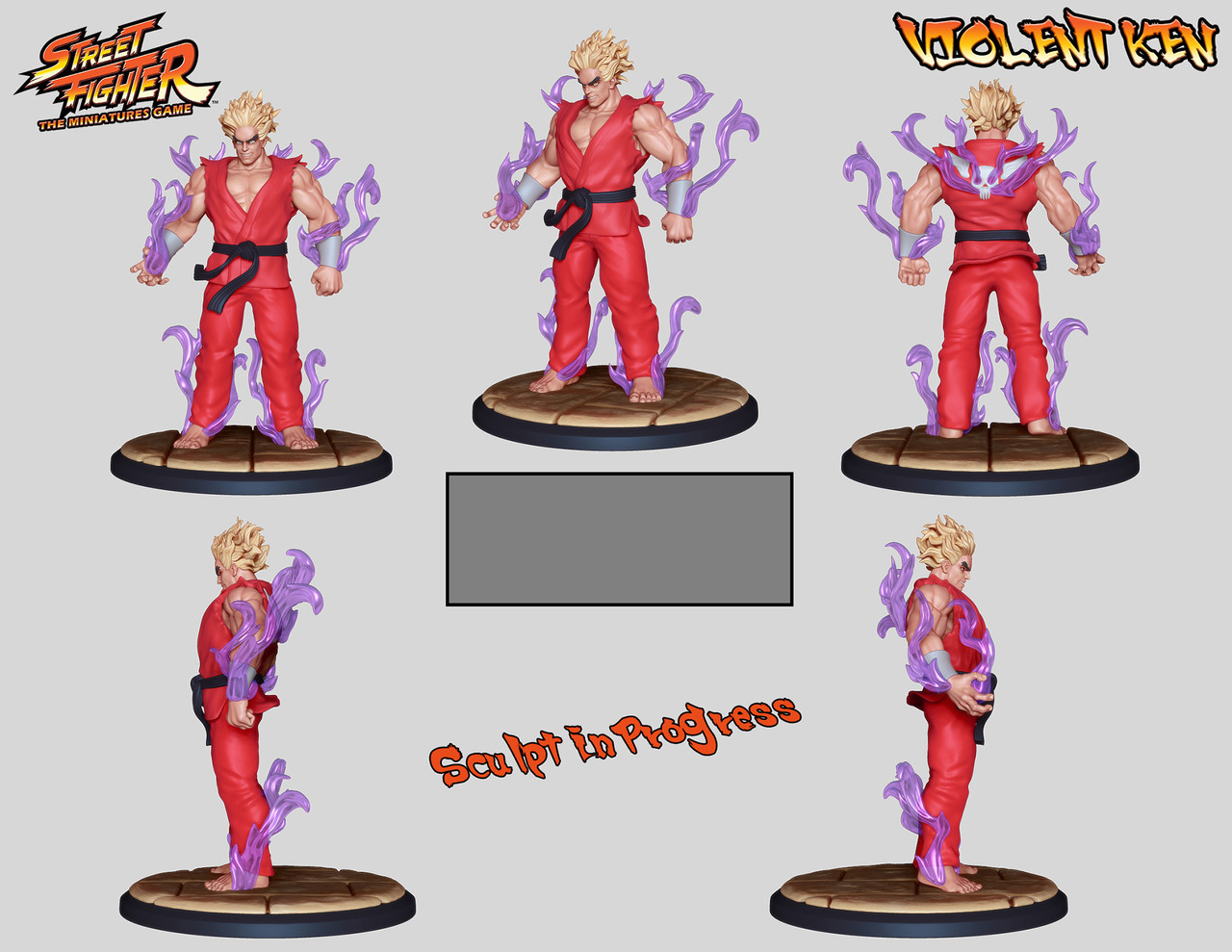 Gouken is coming along, needs more work on the pose and there's almost no sculpting done on his clothing, but he's on track. 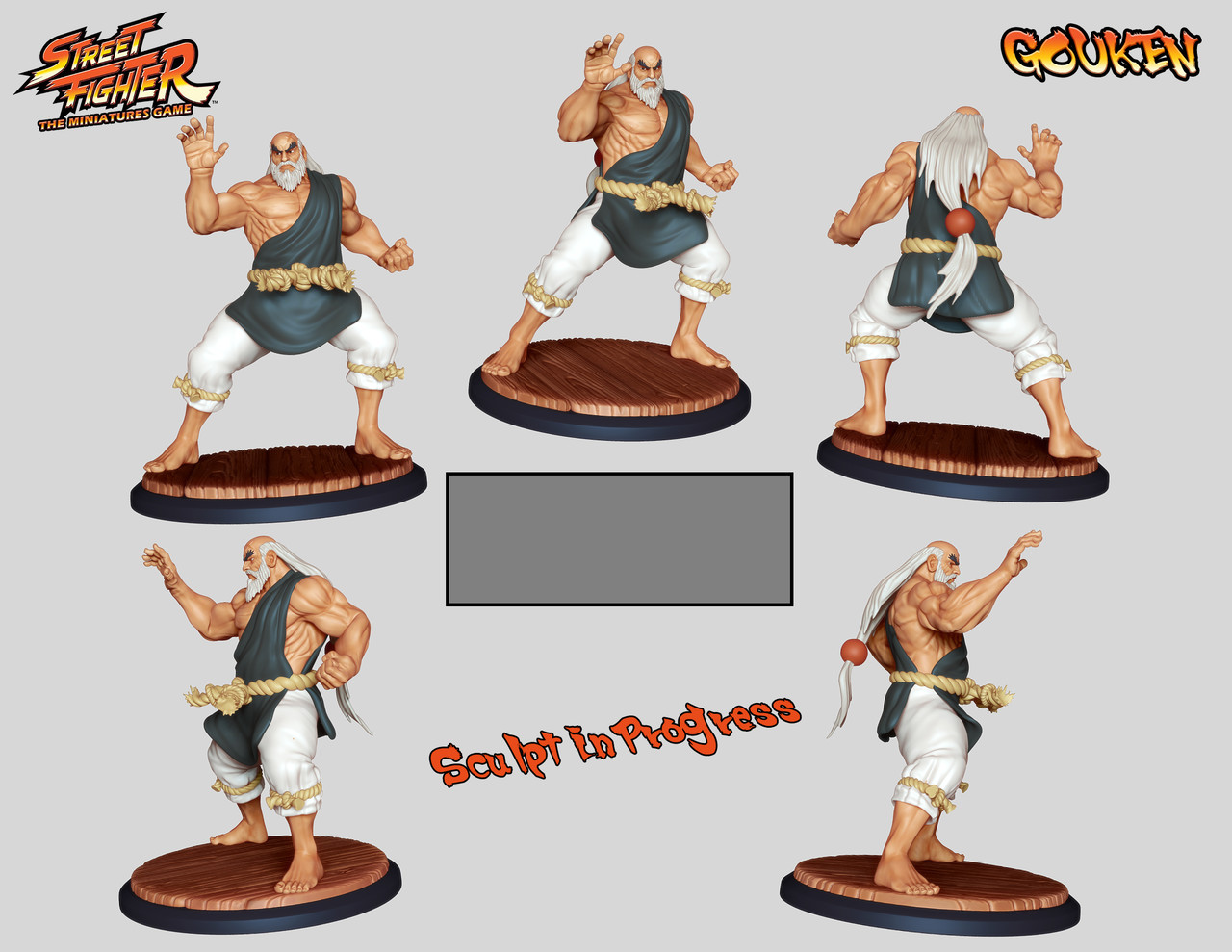 Only about 4-5 left for the whole set to start and then it's all polishing, final touches, approvals and print prep...  wish us luck!