Last year (2018) I backed a kickstarter for one of Derek Laufman's art books, eventually I got my copy and really loved it... around end of the year I got an email asking if I'd like to be part of a board game involving both Ghostbusters and Men In Black.  Like many people, especially 80s and 90s kids, I'm a fan of both movies and the IPs in general.  I was pretty much ready to say yes, but then on top of that they showed me the character designs for the project and I immediately recognized they were Derek's designs.  I was pretty happy to see that, so double yes!

I'm doing all the player figures for this game.  These are some of the core figures, and there's even more surprises coming later when the kickstarter is unveiled.  Derek's interpretations of the heroes and his designs for the enemies are great.  I'm having a blast with this project. :) 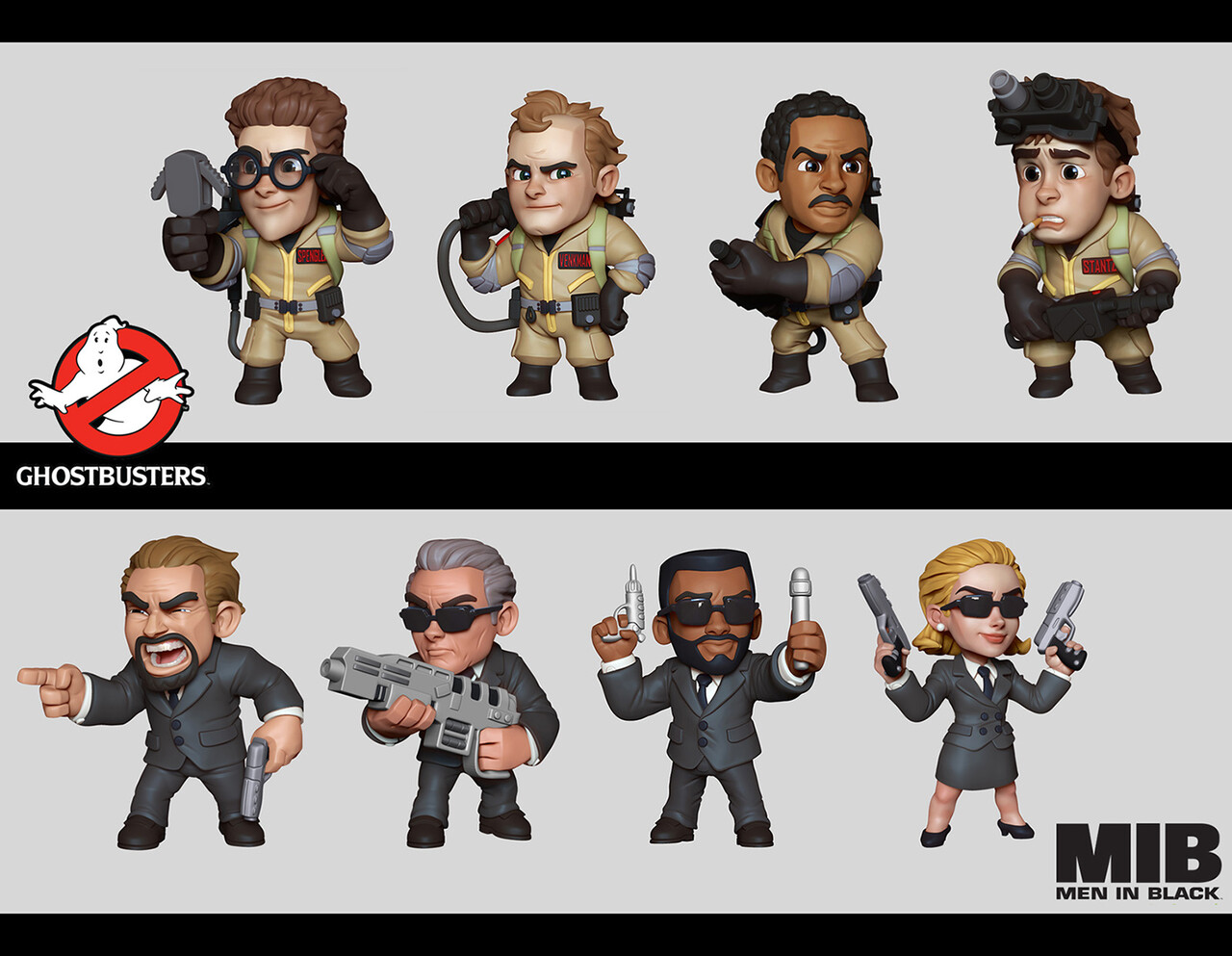 A few of the bad guys: